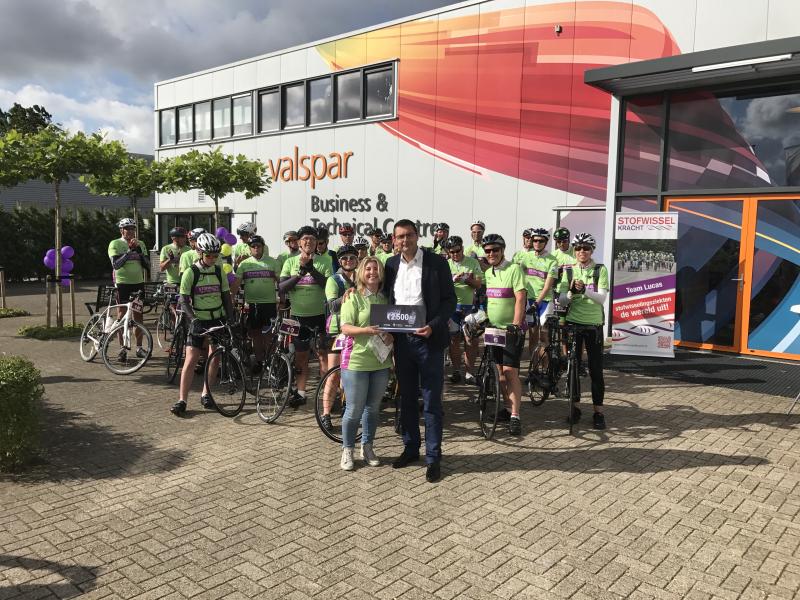 DeBeer Refinish, the premium colour system for the automotive sector, is sponsoring Team Lucas in this years’ Stofwisseltour.The Stofwisseltour is an annual cycling event in the Netherlands organised by the Stofwisselkracht Foundation to raise money for research into juvenile metabolic diseases. The 28-strong Team Lucas, which includes three DeBeer Refinish cyclists, started from DeBeer Refinish’s office in Lelystad on Friday 16th, and concludes three days and 500 km later with a televised finish in Duivendrecht on Sunday 18th June.

Team Lucas is named after Lucas van der Wielen, a 15-year-old boy who suffers from the rare Sanfilippo syndrome, a degenerative metabolic disease. Every year in the Netherlands, around 800 children are diagnosed with a metabolic disease of whom 70% die before they reach their 18th birthday. The annual Stofwisseltour raises both the profile of the disorders and much needed funds to enable scientific research towards more rapid diagnosis and treatment.

Theo Wemmers, Business Director, EMEAI at Valspar, presented the team with a €2,500 cheque before they set off on the challenge: “We’re delighted to back our colleagues raising money for such a worthwhile cause; I wish the team luck and Stofwisselkracht Foundation every success with their mighty efforts.”