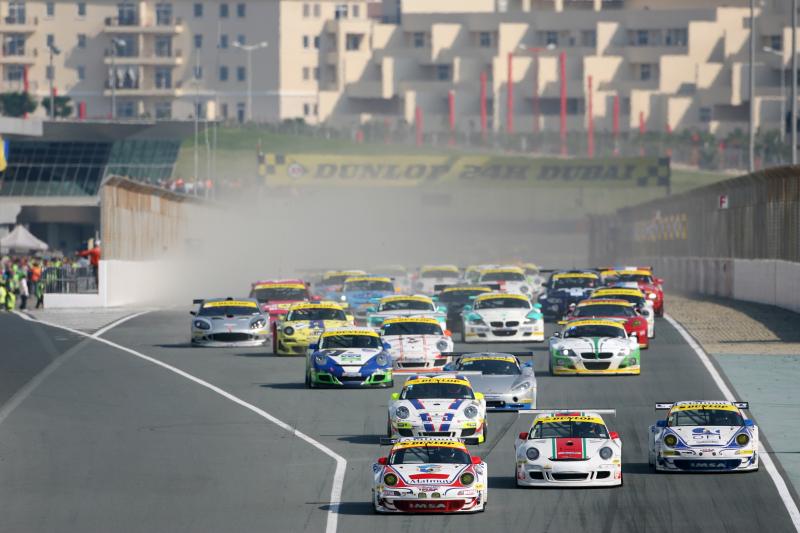 Valspar Donkervoort Racing  prepared for the 24 Hours of Dubai

LELYSTAD, 7 December 2010 –  While the snow is falling in Europe, the Valspar Donkervoort Racing team is preparing itself for a race in the heat and in between the sand. Last January, the Donkervoort D8 GT participated in the 24H of Dubai for the first time. This resulted in a fifth place in the GT4 category. These good results and the challenging race and track made Donkervoort decide to participate in the 24H of Dubai again this year. With the special 24H-edition of the D8 GT, famous Dutch driver Nick de Bruijn and GT4 drivers Stéphane Wintenberger (F) and Denis Donkervoort  (NL)  will race on January the 14th and the 15th at the ultra modern Dubai Autodrome.

The most noteworthy thing about the D8 GT(4) 24H-edition is probably the adapted hybrid chassis/body with carbon fiber sandwich panels, combined with the existing tubular frame. It does not only make the car even lighter, but strongly increases the torsion stiffness and the safety of it. The new rear diffusor, which was updated in 2010, has further improved the aerodynamics underneath the car for extra down force. It has influenced the entire look of the rear of the car.

After showing its potential in the FIA GT4 races (vice-championship GT4 European Cup 2009), the D8 GT also proved itself very suitable for long distance racing during the 24H of Dubai 2010. The Donkervoort D8 GT even drove first place for a couple of hours! The new carbon fiber chassis/body resulted in such a perfect balance of the car that only one set of tires in three stints (of almost 2 hours per stint) was needed. Because of this, the pit stops can be executed extremely fast: an important saving of time in a race in which every second counts.

The Valspar Donkervoort Racing team consists of three drivers for the 24H of Dubai 2010.  European go-kart champion and two time winner of the 24H of Dubai Nick de Bruijn will be added to the team for this race. Furthermore, the experienced GT4 drivers Denis Donkervoort and the Frenchman Stéphane Wintenberger, have already proved themselves during the last years 24-hour race in Dubai, will take place behind the steering wheel of the Donkervoort D8 GT.

Donkervoort will be supported during the 24H of Dubai 2011 by Premium Partner Valspar. This American manufacturing company of varnish and paint, with subsidiaries all over the world including The Netherlands and soon Dubai, facilitated among others the car body finish for the Donkervoort D8 GT.  This ‘green’ and furthermore ultra light body finish comes from the WaterBase product line and fits the ultra light Donkervoort D8 GT extremely well. This waterbased varnish is the “greenest” varnish Valspar has, that’s why both the varnish and the car are worthy of the “EarthSense” logo.

The competition will be fierce (with almost 90 competitors this year!), but with this combination of drivers, car, team and Valspar, Donkervoort will aim for a podium place!